3 Merits of Being a Generalist in a Specialized World

The age-old adage goes, “Jack of all trades, master of none.” While this may serve as wise advice to some not to over-extend themselves, it can also actively diminish one’s potential, or even stifle creativity. Specialization does suit some people and there is nothing wrong with being an expert in one field all your life. Specialization is even essential in some industries. But people should know that we are created differently and our world needs as many generalists and polymaths as specialists. Also, we should know if specialization is a 200-years old term, Polymathy goes back thousands of years ago. Specialists and polymaths are different creatures and life needs both of them.

The ability to allow your skillset to branch out can create endless opportunities-both personally and professionally. Being a generalist, or a “jack of all trades,” can have several merits, including the following:

While the lens in which your co-workers engage with any given subject may be limited to the topic at hand, you will reach understandings your peers may not match. With a plethora of knowledge at your fingertips, you will bring your rich experiences with you into any given environment, leading you to more accessible successes.

In 1950s, the philosopher, Isaiah Berlin, wrote an essay to differentiate between “the specialist” hedgehog and “the polymath” fox inspired by the life and thoughts of Tolstoy as well as the Greek Poet Archilodus who said, “The fox knows many things, but the hedgehog knows one big thing”. Isaiah concluded that the fox doesn’t only know many things. He or She accepts the fact that even if they know many things, they can’t know everything, which makes them more humble and open to listening to others. They are also open to exploring new concepts; continuously revisiting their own believes and talking about possibilities and probabilities, not certainties. On the other hand, the hedgehogs won’t reconcile their ideas. They know one big thing and ignore many other things in life.
“Foxes settle for what they know and may live happy lives. Hedgehogs will not settle and their lives may not be happy”. Isaiah concluded.
To build on that, The outstanding physiologist & Leadership Professor at Haas School of Business, Philip E. Tetlock, launched back in the mid-80s his two-decades-long study “Expert Political Judgment” (EPJ), where he recruited around 284 professionals and experts to analyze political and economic trends and events. Tetlock divided his target groups of forecasters into 2 distinguishable groups, hedgehogs and foxes.
Guess who made it? One group did worse than random guessing, while the other group beat the first group with a very high margin. One group was certain all the time of their forecasting results, seeing things from the tip-of-your-nose perspective, focusing only on one big idea and using specific words such as “impossible” and “certain” that reflects their certainty or even “arrogance”. While the other group was humble enough to be open to all possibilities. They gathered as much information as they could. They also used words such as “however” and “although”, trying to draw a bigger picture that integrates all the collected data to make the most accurate decision they could take.
I am sure by now you can guess who won in this study, Hedgehogs or foxes. Yes, foxes did it. Foxes won by their humbleness, by being open to different options and possibilities, by being willing to learn more about each domain. Foxes won by being polymaths who collected enough cross-domains knowledge and were able to aggregate perspectives. While, hedgehogs lost being certain of one big single idea, while ignoring all other possibilities. They lost because their expertise and knowledge could not be extended to other fields and domains. They lost because they are looking at each problem from a very narrow-sighted perspective.

2- Become More Creative
The Hungarian-American Psychologist, Mihaly Csikzentmihalyi has conducted a very interesting study from 1990 to 1995, which turned later into one of the most important books that were written on “Creativity”. Mihaly addressed in his book the positive effect of the past knowledge that scientists, mathematicians, artists, and others had from previous experiences on being more creative than “one domain experts”.
Mihaly argued that every domain has its own internal logic and its pattern of development. But each domain itself is rigid and the dissatisfaction from this rigidity is what encourages people to go across domains searching for creative solutions for their problems. “An intellectual problem is not restricted to a particular domain. Indeed, some of the most creative breakthroughs occur when an idea that works well in one domain gets grafted to another and revitalizes it”, Mihaly added. One can’t be creative without building and integrating this cross-domains knowledge

3- Become a Better Leader
As the late professor of Harvard University, Calyton M. Christensen, described in his book “How Will You Measure Your Life”, “Management is the noblest of professions if it is practiced well. No other occupation offers as many ways to help others learn & grow, take responsibility and be recognized for achievement, and contribute to the success of a team”. As Clayton was teaching his MBA students at Harvard Business School, he realized that most of them focus on buying, selling, and investing in companies, while being a leader or manager requires integrating several skills at the same time. That is why MBA programs were created. MBA students spend most of their lives in one career and by the time they are ready to get promoted they figure out that they don’t have other skills, they lack leadership traits, they don’t know how to handle the teams when they are in charge. This is why MBA programs are essentials to bring these professionals to the next level, to somebody who is able to integrate knowledge, to somebody who is able to understand people as to understand his own expertise. The leadership traits go beyond one single domain. And I will discuss more the importance of MBA programs later in this book.
In entrepreneurship, despite the widely-believed idea that most successful company CEOs are young and fresh graduates. A recent study found that the most successful firms were founded by CEOs who were in their mid-forties. The study also concluded that the probability of extreme startup success rises with CEOs ages, at least until their 50s. The study concluded that the previous experiences of the CEOs of such startups play a greater role in their successes. 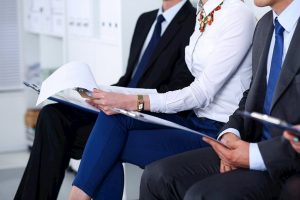 Now that you are familiar with the idea and benefits of career shapeshifting in the previous article, you are probably wondering how to become a 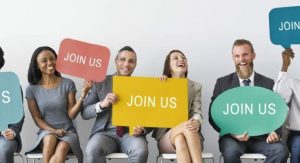 Shapeshifting is a phenomenon loved by mythologists and fantasy writers. In layman’s terms, it is a process of changing one’s physical form to another being. 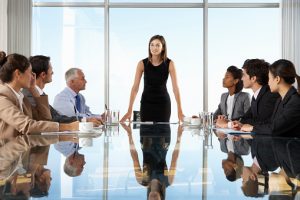 5 Tips for a Female Professional to Join and Thrive at the Club of The C-Suite for her Company. 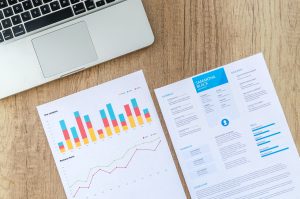 Searching for a job and sending a resume is a normal procedure that the majority of people try at least once in their lives. It’s

Get articles to your inbox

What Should be My Next Career Move ?

Define & Test Your Passions
“The Passionmeter”

Copyright © 2020, Built by The Passion MBA. All Rights Reserved.